The Worst of the Worst. Will God Forgive Them? 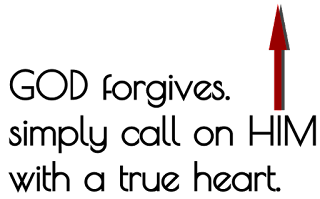 "Now when he was in affliction, he implored the LORD his God, and humbled himself greatly before the God of his fathers, and prayed to Him; and He received his entreaty, heard his supplication, and brought him back to Jerusalem into his kingdom. Then Manasseh knew that the LORD was God"

Manasseh was a man who once committed evil in the sight of the Lord, and he did it deliberately to provoke God to anger.
He was an old testament king who reigned over Judah for fifty-five years.  This man created wooden images, was into witch craft and sorcery and even killed his own children by burning them up at an altar he had built where his people did this as a norm. This man also caused his people to walk in his ways so you can imagine what it must have been to live in his kingdom.
To call this man evil, is an understatement. This man was the epitome of the worst of the worst, but guess what? God still called on him (and the people he was leading) to repent, to turn away from what he was doing, but he would not listen to God's voice. Manasseh's heart was hardened. His heart was far, far away from God.
God eventually allowed all of the enemies of this king to go against him, and so they took him captive. His enemies bound him with chains and took him away to a place called Babylon where he experienced much pain and suffering.
After all that, he finally called on the Lord, and asked Him for forgiveness for all the foolishness he had done. Because Manasseh ask for forgiveness with a true repentant heart and humbled himself before God, God heard his prayer and acknowledged it.
Eventually, Manasseh's kingdom was restored. He then cleaned house. He took down all of the idol's and encouraged the people to worship the true God, the creator of this universe. And so they did.
This story depicts the grace and mercy of God. God forgives even the worst of the worst, but the worst of the worst have to ask for forgiveness with a true repentant heart. Don't get me wrong, God hates evil, but if you come to Him with a true repentant heart He will forgive you.
The word repent "means a change of mind, or attitude. It refers to a complete change about. When the Bible encourages the believer to repent, it is this word that is used. [1]"
That is what you must do after asking God for forgiveness, change your mind and attitude regarding sin, leave it behind, and move forward toward serving the Lord.
Yes, there may be consequences for what you've done in the past, but God will forgive you and guide you on how to deal with those things. Move forward and serve God today.
God bless you. Be Strong.
-Rubén
[1] Don Stewart FAQs http://www.blueletterbible.org/faq/don_stewart/don_stewart_575.cfm
Forgiveness